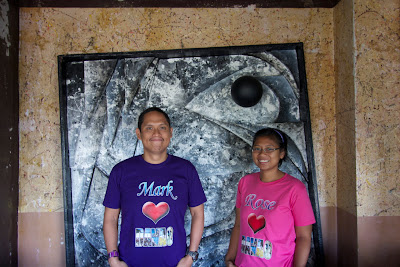 Me and wife went to Davao this past weekend. For some running, startups, meet @tweetitow friends, friends back in college, nature, edible plant discovery, and lots of touring.

This is probably the most socially-active trip i had so far. It felt like every day was packed with people to meet and events to attend. No time for relaxing.

It's our first time in Davao, and we managed to mix all kinds of stuffs to do there. We went to see the Philippine Eagle. I don't think we can say we went to Davao if we didn't see any real live eagle (though sad looking ones for being captive). 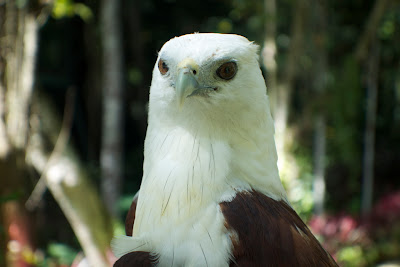 Mt Apo would have been nice to go, but that requires some serious preparation. Perhaps next time, and a run-up-and-down between Eden resort and Toril might be a good itinerary -- they said, 13KM with 1,800m elevation gain -- i imagine that will be a nice hill training.

We also attended the first Startup Weekend Davao, which i joined as a mentor. Although, probably i'm the most useless mentor there, since i'm not very good at starting conversation with strangers. But i did manage to survive the social event, and met a lot of new people. 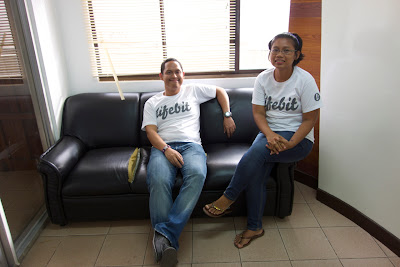 We also visited Piclyf's, now Lifebit's, office. It's HUGE, by startup standards. Hehe. It also has all the fancy and cozy facilities of a startup office from SV, including a standing-type glass-door cooler (complete with some soda and beer cans). It feels nice to work in their office, also everything's brand new -- except probably the black couch, which reflects a lot of history, i imagine, the ups and downs of the team where spent on that couch.

As always, we did touring of the city on foot. It's not so small enough, that i got blisters from all the walking. Hehe. They have a lot of malls for their relative city size. I noticed the streets are very much cleaner than in Cebu, and also a lot less traffic, cooler atmosphere, and way, way more laid back. 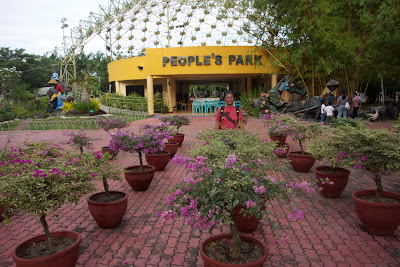 In one morning, we also met up with the Davao Runner's club, and they gave us a tour of the local running places in the city. I think it's always best to do a tour on foot, since we can stop anytime to look closely, and we get the full experience of local daily life literally on the ground.

We also saw their IT Park (Damosa IT Park), only to my surprise, the buildings there were only 2-storey high. Hehe, not to discriminate, but being ignorant me, when i think of IT park, what immediately comes to mind are tall buildings. So, while running towards there, i keep on searching for them tall buildings. Though they have all the nice place to eat there, the second thing to expect from an IT park. :) And it's across SM, so i can definitely imagine setting up an office nearby. Not that i like to go to the mall, but at least, the office can easily be stocked up with stuffs, if the place to buy is just across the street. :) 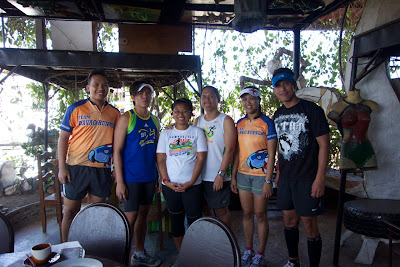 All in all, i think Davao is a great city to live in, perhaps for now. Who knows what it will become in the future with all the default "modernization" most want to happen.

I like the mix of a modern city, with good Internet infra, and less than 60kms from the highest mountain in the country. Meaning, adventure is not very far away. I can imagine, living in the outskirts of the city, perhaps Matina or the next town, and then i wake up early, run the trails up Calinan, and if i feel like it, maybe do a bike trip through the back-roads of Calinan-Baguio, and perhaps all the way to the foothills of Mt Apo. Yes, not very hard to imagine, and i am sure, it's going to be epic, e-b-r-i-d-a-y. :) Harm probably mentioned how good the city is, 3 times when we were there, and even when we were back in the office on Monday. 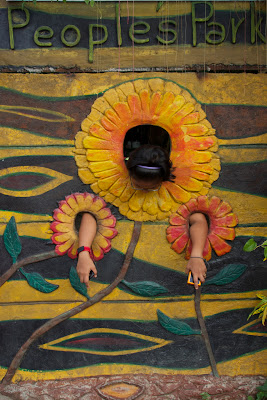 And on Sunday, we run on the Davao leg of the Milo Marathon. It was the fastest 21k i had thus far. My new PR now is 2:16. It will probably be a while before i break a new PR, given that the Davao route was mostly flat, and the weather was very nice, no sun, and mostly cold windy atmos. In the first days we arrived, i was already expecting i can do a new PR this time. I had 2 weeks of rest, and all eager to run. Thought i was a bit worried we spent too much energy being tourist, but as it turns out that didn't create any problem. But who knows, had we just holed up in the hotel, and acted like senior-citizen tourists, i might have broken 2:15, or perhaps 2:10, though a sub-2 is also a possibility (ok, ok, let's stop dreaming).

We also went to some touristy place, as recommended by Mr Piclyf himself (many thanks for the lunch treat!), watched more animals in captivity. I think my kids will like it very much, since when they saw my pics, they complained it's missing the other animals, specially the snakes (maybe snakes are "in" these days). 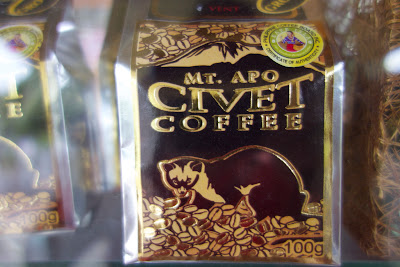 And tasted coffee made from shit of some mountain animal. While drinking it, i didn't realize that was already it, only afterwards when Rose mentioned it. I'm a regular coffee drinker, and until now, i can't tell the difference. For me, it's all stuffs to drink while being in the "zone". In retrospect, i can now say, i DRINK SHIT for a living.

Ok, i think that's all the talk for now. I'll just let the pictures do the rest of the talking.

We are definitely going to be back there, 4 things to go back for:

* Samal trail runs (i heard 400m is the maximum elevation). See photo below. 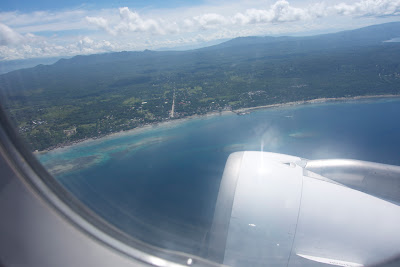 * Eden resort, complete with trail runs around town (like run from Toril)

* Mt Apo, the mother of all adventures.

* And run around Mati region, and the other Davao del Norte attractions. As advertised by mister JourneyingJames.

Glad to know you enjoyed your Davao trip. It was really cool to meet you guys as well...hope you all can come back for an ultra run on March (in time for Araw ng Dabaw).